TCS AH provides access to software dealing with specified scientific problems, designed in the area of anthropogenic hazards. All of these services consist of software packages and visualization services, both applied to selected data subsets that a user has pre-defined and uploaded to the personal workspace. The users have therefore the possibility to proceed to either episode-oriented research (application of various methodologies focusing on a particular episode), or method-oriented research (perform a certain methodology at several datasets in order to compare results with each other and test the efficiency of selected approaches).

Services to be implemented are grouped within six blocks:

TCS AH will also serve the public sector expert knowledge and background information. In order to fulfill this aim the services for outreach, dissemination & communication will be implemented.

The following applications are already implemented:

The autocorrelation (serial correlation) is a tool to find repeating patterns in a signal. Autocorrelation of a random process is the correlation between values of the process at different times, as a function of the two times or of the time lag.

A statistical test to express changes in seismicity patterns by means of an objective criterion. The Matsumura Test provides the parameter of Matsumura, value of the parameter in 5% and 95% percentile and the patterns classification as regular, completely random, and clustered.

The Cross Correlation is a measure of similarity of two data series as a function of the displacement of one relative to the other.

Estimate of the scaling between total seismic moment and areal extent of earthquake cluster, which depends on the average stress drop released during the seismic sequence.

To estimate time-dependent values of seismic hazard parameters: the activity rate, the Gutenberg-Richter b-value, the return period and the exceedance probability for a prescribed area. The parameter values for the time moment t are estimated optionally either from events that occurred in dt time units preceding t, where dt is kept constant, or from n last events before t, where n is kept constant. Four magnitude distribution estimation methods are supported: maximum likelihood using the unbounded Gutenberg-Richter relation based model, maximum likelihood using the upper-bounded Gutenberg-Richter relation based model, unbounded non-parametric kernel estimation, upper-bounded non-parametric kernel estimation. The upper limit of magnitude distribution is evaluated using the Kijko-Sellevol generic formula.

A test of stationarity to check, if statistical properties do not change with time. Stationarity in a strict sense is the strongest form of stationarity. It means that the joint statistical distribution of any collection of the time series variates never depends on time, the mean, variance and any moment of any variate is the same whichever variate. The second order stationarity is often consider for normal use. In this case a constant mean, a constant variance, and an autocovariance that does not depend on time. To check if a time series is stationary in second order mean a Priestley-Subba Rao (PSR) Test is used.

This application uses the magnitude distribution and activity rate from calculated a seismic catalog to estimate the Maximum Credible Magnitude (MCM). The MCM for the time period of length T is the magnitude value whose mean return period is T. The MCM values are calculated for a series of periods of length values.

Interactively plot stress patterns associated with the hydraulic fracturing of a shale gas well. The data is based on the physical and geological conditions at the Preese Hall Episode site.

Application for drawing histograms and cumulative histograms of events count and seismic energy for selected bins, the width of which corresponds to a constant value of the mining front advance. Calculations are performed from the beginning of the excavation along the axis of the excavation.

Moment Tensor Inversion
This application implements a command line application, focimt for estimating the moment tensor, which is a standard for description of earthquake kinematic source processes in the whole range of magnitudes.

Completeness Magnitude Estimation
The completeness magnitude of a given catalog, Mc, defined as the lowest magnitude at which all seismic events in a selected space-time volume are recorded by a network, is calculated by this service.

Time-Dependent Seismic Hazard (in mining front surroundings)
This application comprises functions which are dedicated to episodes associated with mining induced seismicity. Its purpose is to evaluate seismic hazard parameters in connection with the evolution of mining operations and therefore to detect a causative relationship between seismic events and front advance.

Time-Dependent Seismic Hazard (in a selected area)
This application is a generalization of time-dependent seismic hazard, which can be performed for all episodes. Its purpose is to evaluate the temporal evolution of the seismic hazard parameters and therefore to detect a causative relationship between seismic events and production/technology activity.

Visualization
Visualization include several generic tools implemented in the platform. The tools can be used to illustrate, e.g. the evolution of seismic activity together with the production/technological processes related to each episode. Various plotting options are provided, allowing the users to identify potential patterns and links between seismicity-technology. Depending on the inducing technology of the episode and the available data, the following additional visualization tools are offered: (i) visualization of mining front advance; (ii) seismic activity with water level, water volume, injection rate or wellhead pressure; (iii) injection rate and wellhead pressure histograms; (iv) focal mechanisms demonstration; (v) integrated episode data and 3D visualization. 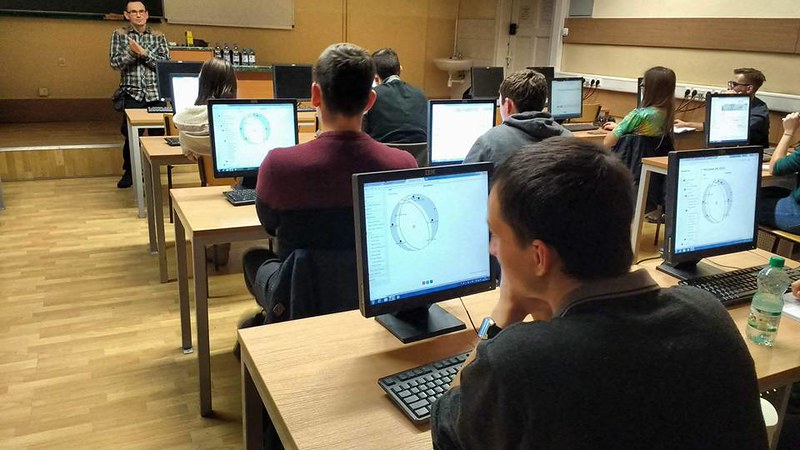